NEW YORK (RichTVX.com) — The first official trailer for “Creed III” has arrived. It’s Michael B. Jordan versus Jonathan Majors, and who will win this brawl is anybody’s guess. Creed III is an upcoming American sports drama film directed by Michael B. Jordan (in his feature directorial debut) with a screenplay by Keenan Coogler and Zach Baylin from a story they co-wrote with Ryan Coogler. The sequel to Creed II (2018) and the ninth installment in the Rocky franchise, the film stars Jordan, Tessa Thompson, Jonathan Majors, Wood Harris, Florian Munteanu, and Phylicia Rashad. This is the first film in the franchise without Sylvester Stallone as Rocky Balboa, though he still serves as a producer for his Balboa Productions banner.  Creed III is scheduled to be released in the United States on March 3, 2023, by United Artists Releasing. Watch the Official Trailer for ‘Creed III’ here. 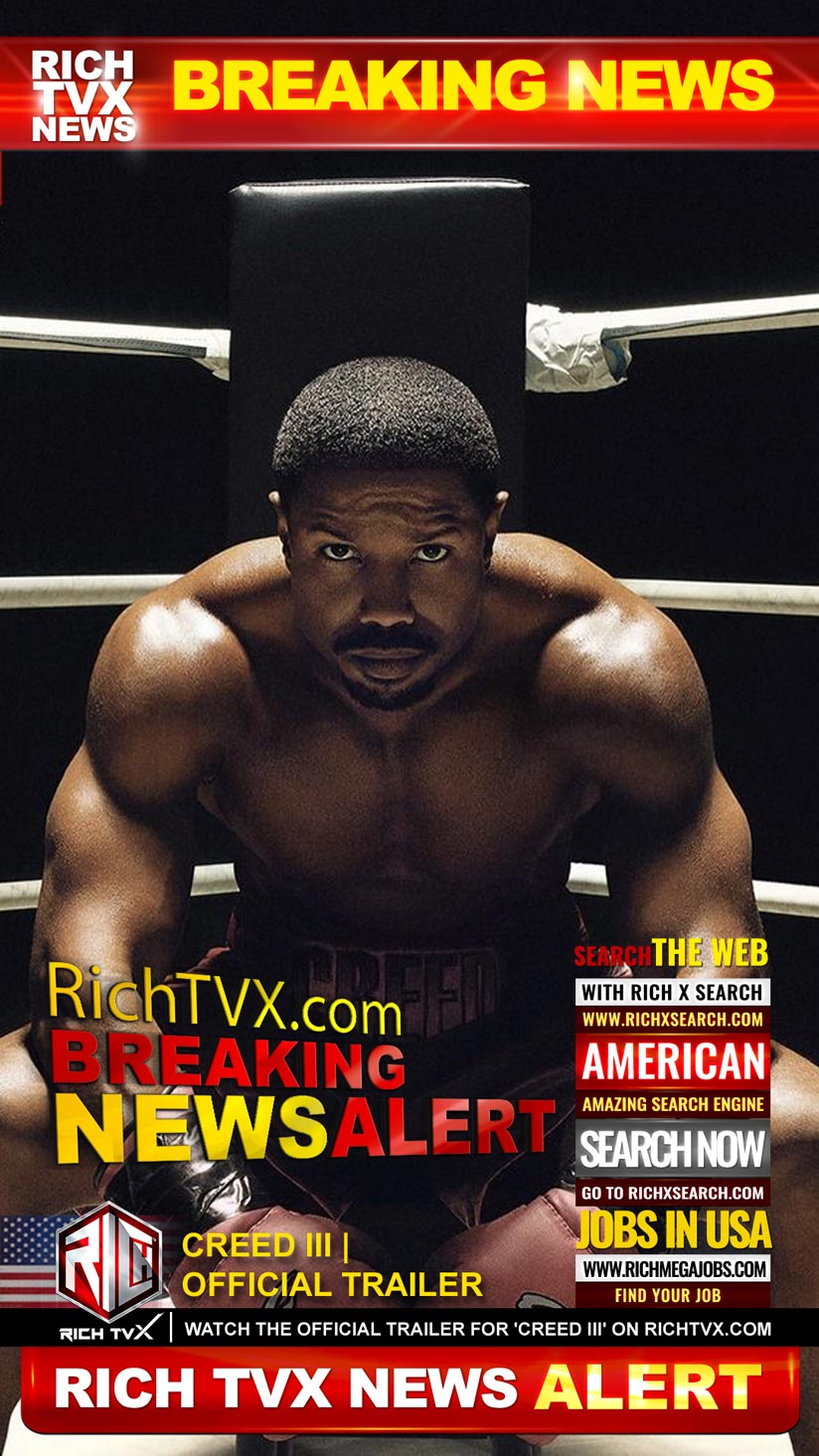